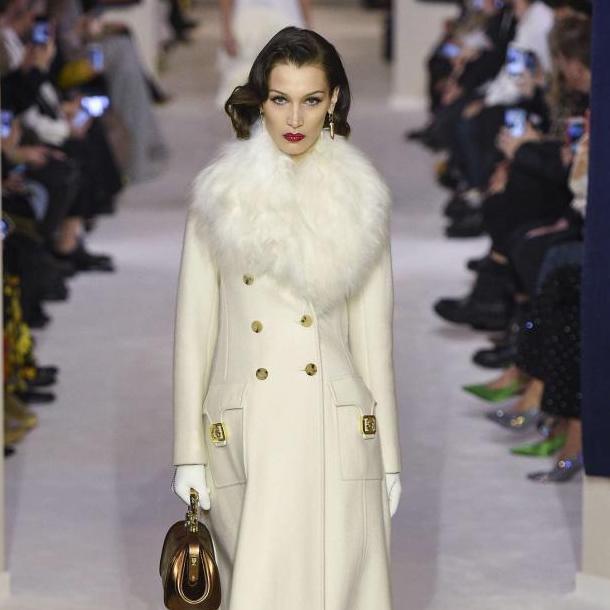 Few groups have excited as much attention in luxury in the past few years as Fosun, a giant Chinese conglomerate that has gradually built up a significant position as player in fashion and elegance in Europe.

The highest-profile acquisition by its division Fosun Fashion Group has been Lanvin, the oldest haute couture house in Paris. Though the Fosun Fashion Group has also acquired control or large minority stakes in a quintet of diverse, but definitely prestigious luxury marques. Like Wolford, the most famous high-end hosiery business, which Fosun acquired in 2018, same year as Lanvin. The conglomerate even created a Fosun Fashion Group, which also owns a significant majority stake in Caruso, one of Italy’s greatest manufacturer of high-end tailoring. And has a controlling stake in St. John Knits, and also in Tom Tailor, the German clothing retailer.

Hence, in recent seasons, the chairman of Fosun Fashion Group (FFG), Joann Cheng, has been a quiet, yet much noted presence at Lanvin shows, joined in the front row by FFG Vice President David Chan.  So, we caught up with Cheng and Chan to discover their vision on how Fosun plans to build a profitable luxury group.
Quoted company on the Hong Kong since 2007, Fosun is a diversified conglomerate with stakes in real estate, pharmaceuticals, health care, wealth management and insurance. In 2018, Fosun earned record profit of RMB 13.4 billion or ($2 billion) on turnover of RMB 109.4 billion ($16.5 billion). Though privately owned, the group is perceived to be an expression of China’s drive to achieve greater soft power worldwide over the next decade. It certainly has deep pockets and has bought stakes in prestige global brands. It owns Wolverhampton Wanderers football team, currently ranked sixth in the English Premier League; over 90% of Club Med; some 18% of Tsingtao beer and several prestige buildings like the 230-meter tall residential tower at 126 Madison in Manhattan and 28 Liberty Street, a 60-story building near Wall Street.

However, its most mediatic investments are surely in fashion and luxury, via Fosun Fashion Group, which is part of the conglomerate’s quaintly named Happiness segment, meaning direct to consumer lifestyle brands for middle class consumption. This even includes a minority stake in Le Cirque du Soleil.

Cheng is very much new-generation-business Chinese. She attended Shanghai University of Finance and Economics and has a masters from China Europe International Business School, also in Shanghai. After college, she became an auditor at KPMG for 10 years, before moving to commercial finance and private equity funds prior to joining Fosun. Cheng began as CFO of its USD fund, before moving to post-investment portfolio management.

“In 2016, we began to realize that fashion was a very seasonal business. That it required a long-term commitment and vision in order to really build up a brand. So in 2017, we took a much more direct interest in this portfolio. We do not run it like investors. We are really like a corporate type of group with long-term view,” she explained over coffee in Paris.

In early 2019, the group also created the China-based Fosun Brand Management Company, a specialized team designed to operate brands in China, which handles real estate, opening stores and managing those boutiques. Both for FFG’s quintet of brands, and by offering those services  to other medium-sized external marques that want to come into China. Fosun Brand Management Company has already inked a deal with the Marquee Group, a US fund that includes brands such as Martha Stewart, Ben Sherman, BCBG, Body Glove and Bruno Magli of O. J. Simpson fame, to do business with them in China.
But, Fosun itself is clearly more attracted to higher-end European fashion.

“Fosun accumulated experience first-hand as a minority stake in Caruso, and we found that this was a very attractive investment even if it needed  a long-term commitment. Now, we have brands that have very unique DNA. St. John is specialized in knitwear, Caruso a luxury men’s suiting; Lanvin is high luxury independent couture house; and Wolford is a key brand for tights and bodies. So, they are all quite unique. So, we were very attracted by this sort of brand equity. We want to support these brands to grow in their home country and to build them in the China market. So far, for all them, China is very small compared to home market. For Lanvin, for example, China it’s about 20% of total retail. While we are about to launch Caruso in China,” expounded Cheng.

None of the five are as prestigious as Lanvin, one of Paris most storied couture labels, which had a glorious period of editorial support and growth during the 15-year tenure of creative director Alber Elbaz. However, after his dismissal in 2015, Lanvin rumbled through two other designers, and lost clients and turnover at an alarming rate before Fosun acquired control of the house in spring 2018 with a commitment to invest €100 million.

Since taking control, Fosun installed the experienced French executive Jean-Philippe Hecquet as CEO and named Bruno Sialelli as creative director, who has gone on to win largely positive reviews from the unforgiving front-row fashion reviewers.

“Lanvin is very reputable in the Asian market. It’s a truly unique brand – with long Parisian history, and an amazing archive, which puts value into the  brand. So, that brand deserves a larger business. And we really believe that Bruno has the talent to bring back the creative tradition of the brand. So, basically, we are determined it bring this brand back on track,” insists Cheng.

Cheng is voluble in her praise for Sialelli, whose collections have won wide applause for their exotic novelty and subtle use of Lanvin’s DNA.

“Bruno has this unique talent. Like when you see the shows, the whole mood is more refreshed, with a younger component, yet still with a brand heritage component. And, Bruno used lots of elements from the archives, like the logo and much more,” she enthuses.
Moving quickly, they have moved the entire creative team out of multiple offices spread over three buildings near its historic Faubourg Saint-Honoré flagship and installed them all in seven floors in one building on hip rue Saint-Augustin, in the new Silicon Valley of Paris in the western end of the 2nd arrondissement.

“Being newcomers, we can install best practices,” Cheng notes.

Lanvin also opened three stores last year in China: two in Shanghai and one in Hong Kong K11, the multi-billion waterfront cultural district and shopping destination that is the brainchild of tycoon and art patron Adrien Cheng. Plus, Lanvin opened a pop-up in Mercer in SoHo.

Cheng and Chan are somewhat infuriatingly careful not to reveal Fosun’s exact stake in many of the companies, or indeed their annual turnover. However, Bregenz-based Wolford is quoted in Vienna, with annuals sales of around €145 million euros. While Hamburg-based Tom Tailor is quoted in Frankfurt, with annual group sales of  some €850 million. So, the Fosun Fashion Group annual turnover most likely exceeds one and a quarter billion euros.

In Italy, Caruso has also opened a new showroom near Duomo, and Fosun is keen to develop its own brand, even if the company is still more famous as a manufacturer than marque. “Caruso is a manufacturer. That is its core values, as the brand makes incredible classic suits. But we want to evolve more to a total look that can be worn by gentlemen on all occasions,” explains Cheng.

Before Chan adds: “It’s important to realize that three of our five brands have their own manufacturing: St. John has plants in Mexico; Wolford in Austria and Slovenia; and Caruso produces clothes for top-tier luxury brands, among whom Lanvin. That was the connection.”

Back in the late ’80s and early ’90s, several well-funded Japanese groups bought French brands, without leading to any notable successes. Why, one wonders, does Fosun think they can be be different? And, what makes them think they can rival major western players like Kering or LVMH?

Choosing her words carefully, Cheng responds: “Both Kering and LVMH we really respect. We don’t want to compare ourselves to them and their market position. We are so young, just born three years ago. We only opened FFG in 2017.”

“Now we are focussed on operations, though our investment office is also looking for opportunities.  A key way to develop is through organic growth. So to grow these brands we have the core engine of the home market and their heritage. And then we have the second engine, the China engine.  We are in the China market, which is a reaaalllly big market. China is a very good in digital, and in e-commerce. And, we believe we can build them up digitally, like with livestreamed shows,” expounds Chan.

During the recent season, when coronavirus meant no Chinese celebrities and buyers could come from China to the Lanvin show, the house produced a virtual reality version of the catwalk event, and showed it on Iqiyi, the giant Beijing-based online video platform, and on Secoo, the giant Chinese online luxury e-commerce platform. It reached an audience of 1.5 million individuals, with a potential exposure to 126 million viewers. Plus, the Lanvin catwalk moment also played  on TikTok, expanding the reach.

“Chinese people really like fashion and luxury, so they really wanted to see this show. And with livestreaming they could. And, we had 250 articles in Chinese fashion and lifestyle media on this show!  That’s what I mean by the China engine!” she cheered.

Unlike many European executives, who are in the midst of closing stores, pop-ups, restaurants and even factories due to Covid-19, Cheng believes, at least for China, that the worst moment has passed.

“Yes, for sure it has had an impact, but China is pretty much cooling down, with almost 70%, in some cities 100% back to work. We also hope that consumption after a few more months shall catch up. School, however, is all online, my son of 14 is still studying online, with the same teacher and via livestream,” she nods.

However, Fosun is in the process of launching its own e-commerce marketplace in China for its own brands, making sure that Chinese customers, even if blocked at home can still buy.

“Most of our business was in retail historically. But due to the virus the government said ‘stay home,’ and we Chinese follow the rules. The streets were deserted. However, perhaps, that has helped an older generation also embrace the online world, and e commerce,” said Cheng, who admitted she has been living in Europe for the past two months.